Polish pianist with a Grammy award 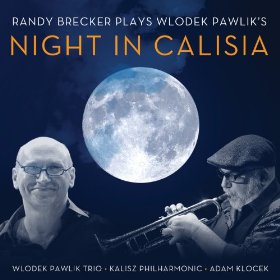 For the first time in the history of the competition, polish pianist Wlodek Pawlik received a prestigious Grammy award. This took place on Sunday, January 26, in Los Angeles.

Pole received a Grammy Award for the album “Night in Calisia” which his band recorded together with American trumpeter Randy Brecker and Kalisz Philharmonic Orchestra under the direction of Adam Klocek. This is the first Grammy Award for polish jazz musician. Pole won in the category “best album of big band jazz”.

Wlodek Pawlik was born in 1958. He graduated from the Warsaw Academy of Music and had piano classes with Barbara Hesse-Bukowska. He is not only an excellent jazz pianist, but also a film’s music composer and teacher.
The world premiere of “Night in Calisia” was held on 19 June 2010 in Kalisz to celebrate the 1850 anniversary of the city of Kalisz. The composition was created on the orders of the conductor Adam Klock, Director of Kalisz Philharmonic. Two years later, the recording was made in the studio of the Polish Radio.
Red. on the basis of tvn24.pl