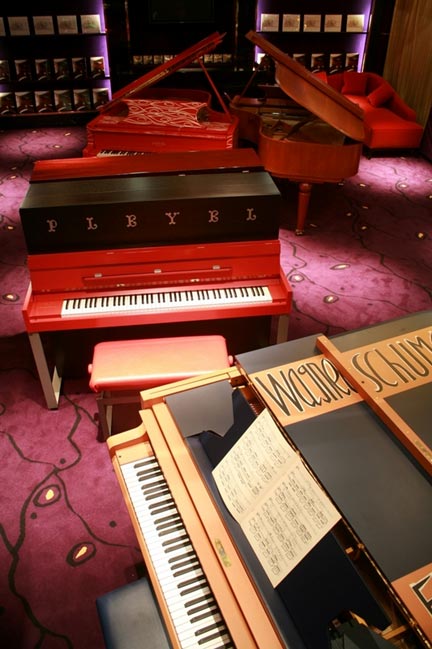 Two hundred years after foundation of the French manufacturer, Pleyel pianos announced that it closes its operations. The company created in Paris, was founded in 1807. It supplied instruments to e.g. Chopin, Liszt, Debussy, Grieg, Ravel or Stravinsky. Currently, the company is struggling with rising costs and increased competition.

President of Pleyel, Bernard Roques said that its French subsidiary in the Paris that employes 14 people, is forced to close because of “repeated financial losses and a very low level of production”.
At its peak, Pleyel produced 3000 units a year, this number corresponds to the current production of Steinway. In 2000, only 1,700 instruments were produced. Recently, production decreased to no more than 20 instruments.
Pleyel is now focused on the sales of instruments that costs on an average $ 269,000 and require an effort from 500 to 1,500 hours of production.
Pleyel gave first signs of financial trouble in 2007, when it decided to close the plant in Alès in the south of France. Some industry observers blame for this competition from China and South Korea. Because, such instruments as Kemble are made in Asian factories of Yamaha.
Faust noted that Fazioli, the Italian manufacturer, also has a small output, but manages to remain competitive as a kind of alternative for brands such as Steinway or Yamaha.
In France, the liquidation of the brand associated with Chopin and symbolizing the tradition of the country in the production of high-end pianos caused some consternation.