Glass Eagle – the only one glass Bechstein piano in the world

We have already written about the ice piano (which played only due to built-in electronics), electric keyboards or the largest piano in the world. Now, it is time for the piano made of… glass. Probably the only piano of this type in the world can be found in Kalisz (Poland).

This piano is based on the mechanism and internal parts from a pre-war Bechstein piano. Almost all of the inside parts and elements are original. The elements which are actually made of glass are: the lid (in the shape of eagle wings), case and keyboard’s cover. Instrument resembles the eagle with raised wings. 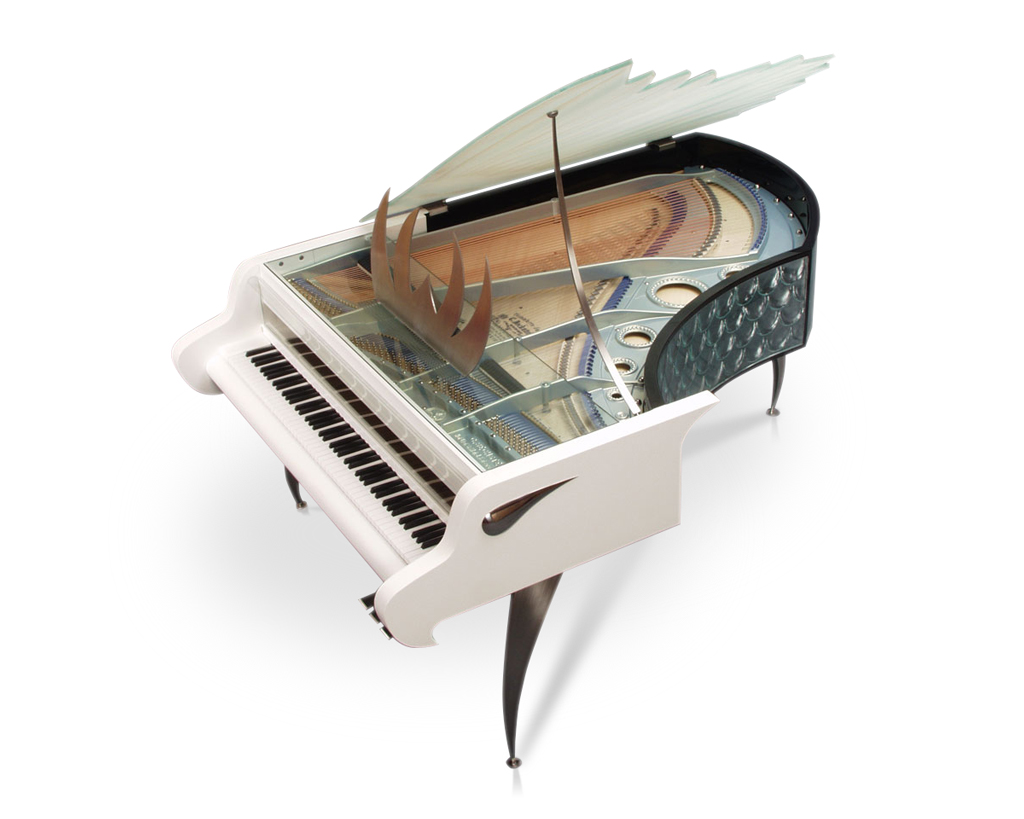 This unique glass piano is a Bechstein Grand Piano Model B with length of 203 cm and serial number of case 7060. It was renovated by SAP Renovation from Kalisz (Poland) in 2004. Every year this company restores around 500 instruments. In this project, SAP Renovation collaborated with the Polish sculptor and designer Krzysztof Sikorski. The structure and all operations staff were handmade by builders and Sikorski. Specially selected glass was used only after trying four other types of glass.
The builders of the instrument showed their creativity and originality. They are very professional with every instrument that they renovate. They kept these standards with this instrument as well. As the producers say: “an instrument, that has been created in this way is a real, playing instrument, able to satisfy the most demanding pianists”.
The use of glass as a material for case of the instrument affected the sound of the instrument. Some people like the sound, others criticize it. Objectively speaking, we can say that the sound is unique and special. Citing one of the pianists who had a chance to play on that instrument: “There’s a slight reverb” evaluates the outstanding Polish pianist Marek Pająk.
Piano was presented to the larger public in USA during the fair trade. It was also a “Star” during concert with Kalisz’s Philharmonic Orchestra, near the Pope John Paul II square in Kalisz. It was used to play in the evening Piano Concert  E minor, Op. 11 with string’s quintet and during Franz Schubert’s Piano Quintet “Trout” in A major , Op. 114.
It was also used during various concerts in concert halls. The instrument is ideally suited to modern living spaces and public areas.
It is possible to see the piano anytime. It can be done in the office of SAP Renovation in Kalisz.  All you need to do is to call.
Red.

Published in Secret life of Piano